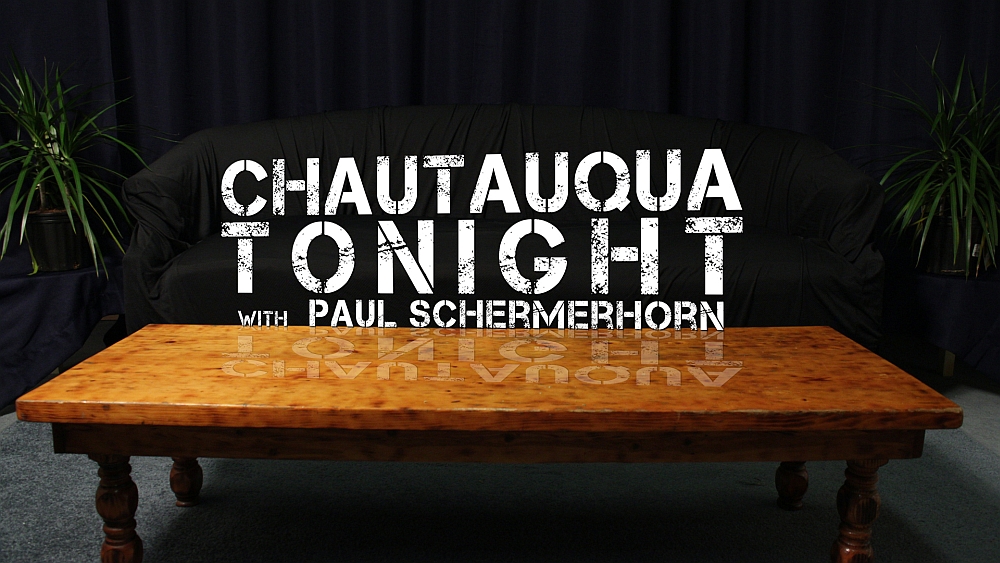 It’s been a few months since the Chautauqua Tonight project began and the moment everyone’s been anticipating has arrived: the very first episode of the show is up for viewing. In the next week, the individual segments will also be released.

The producer and host, Paul Schermerhorn is among the most excited: “…actually, 3 months isn’t bad at all for what we’ve accomplished: building a set, filming some 14 sketches (8 fully ready for use), filming an interview, getting a website up, releasing a promo, and many leads on musical guests and future interviews. It’s been a crazy 3 months but a hell of a lot of fun!”

Check out www.ChautauquaTonight.com and subscribe to the YouTube channel to be updated on all the new videos!

← ‘The Invention’ Trailer
The Third Episode of Chautauqua Tonight →